I was not.  I was not there when my eldest son was found dead in his apartment nearly one 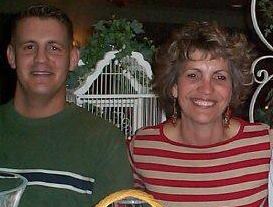 year ago.  No one in his family was there.  He died alone.  If we are accustomed to hearing the words, he died of natural causes, we are shocked to hear them when that person is but but 37 years old.  My son did not take good care of himself physically.  Even a recent diagnosis of diabetes did not seem to change that for the better.  He did not take good care of relationships either.   The last time I saw him was a few weeks before over a 2-hour cup of coffee in what was to be our last exchange of I love you’s.  It has been a large part of my grief that I was not there at the time of his death.  Though intellectually I may know that I could have done nothing more to have prevented this from happening, I was his mother and I would have tried.  Something.  Anything.  But I was not there.  No one was there.

In my years of serving churches as Senior Pastor, I have been witness to many final moments and last breaths taken.  I have come to accept, if not exactly understand, that sometimes there seems to be an agreement forged between the dying person and God.  So, someone holds on until a last family member arrives.  Or, they hold on until after the family leaves the room to spare them that moment.  Sometimes there are poetic, prophetic last words.  Or none.  Peaceful but not always.  Other times there seems to be no rhyme nor reason to why then.  My father died in the middle of the night, hours after my mother, his beloved wife of 54 years, had gone home to get some sleep.  For the times it seems a person has some control together with God, for far too many others there is no control, for them or anyone who loves them.  A life is stolen by a drunk driver.  A life is ended by a loaded gun aimed at them, with intent or gross and arrogant negligence.  Were the parents of the Sandy Hook first-graders there on Friday, Dec. 14?  No, they were not.

I’m writing this on the morning of Good Friday.  It’s a luxury of time that I haven’t had in previous years.  I always preached on Good Friday until last year with my son’s untimely death and this year newly in retirement.  Last night we attended a Maundy Thursday Tenebrae service that began with a lively and friendly dinner among 130 new friends, much like a lively dinner with Jesus and his disciples. After all, Jesus’ ministry was just three years old, growing fast, and friendships were always newly forming.  Dinner was 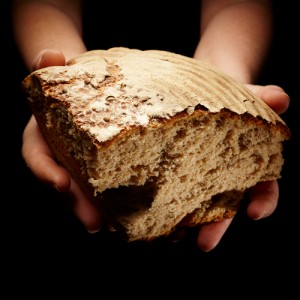 followed by serving each other the Bread and the Cup, sign and symbol of what was to happen to Jesus next.  The morning after would come his arrest.  The afternoon would be the death of him.

We sang that old hymn as the evening was coming to a close.   It’s a song that has made its way into our mainline Protestant hymnals, but its origin was from plantation slaves in 1800’s America. It is better sung

without looking in a book at the words.   Were you there when they crucified my Lord?   Take a listen.  Just try to hear or sing the refrain without tears welling up.  Mine freely fall.  Sometimes it causes me to tremble.  Tremble.  tremble.

Only a few of his followers were there for his death.  Mostly women.  His courageous mother.  Other friends had fallen asleep or betrayed him or couldn’t muster up the will to be present.  Maybe still others just couldn’t be there for quite valid reasons. Still others didn’t realize, couldn’t accept, shut their eyes to,  or did not yet know.  Who he was.  This Jesus.  What impact his death would have.  What dangerous power this would bring to their world.   And how they would be changed. 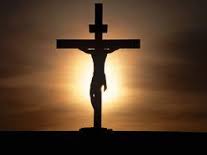 None of us were there.  We only know the ancient story from those who were.  If we had been, we would not have kept his death from happening.  What I trust is this.  God was there.  My God.  Our God.  Our God who knows what it’s like to lose a son.

That is my comfort.  I was not there, but God was.  Just as God is here with me wiping away the tears as I remember losing my son, amidst a promise to continue following and learning from God’s son.

Easter Sunday will come.  Of that I am sure.  Easter comes not a moment too soon for me.  It will be the one-year anniversary of my son’s death.

From a mother on Good Friday.

2 Responses to Were you there?