Fragments of the whole …

The following contains excerpts from the sermon I preached Sunday, May 4, 2014.  It was my first Sunday back in the pulpit after bereavement leave following the loss of my son.  I began with many thank-yous to the staff and church leaders who made it all happen in the busiest and most significant season of the church year — Holy Week and Easter.  My message was titled “Fragments of the Whole” and based on Ephesians 3:14-21.

I read a book recently that talked about the oral tradition of storytelling.  The book is Radiance of Tomorrow, taking place in Sierra Leone, Africa where all that’s left of some war-torn villages are people’s stories of what once was and what is now.  Author Ishmael Beah writes in the book’s introduction that once you tell your story, it is no longer just yours.  Once you tell your story, it belongs to everyone who hears it.  You can guide your story only that first time you tell it, but after that your story will go in ways you may not have intended or imagined it would go.  This morning I’m telling my story, and after this first telling, my story becomes a story of this congregation and anyone else who encounters it. 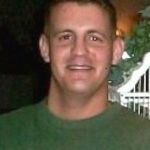 Leif Christopher Wratten was my first born son. Born on his great-grandmother’s 84th birthday on Flag Day in the bicentennial year of 1976, he lived to be only 37. We had calling at a funeral home in our home town of Indianapolis.  Hundreds of people came.  I’ve been part of three churches there, and church people come on such occasions.  We had a smaller memorial service for him, and just last weekend, with only his family present, we interred his ashes. My children do not want to call that closure, as they think it sounds like we are moving away from Leif, when what we are doing is beginning the process of moving forward, with him in our hearts.

Diabetes was a recent and ultimately deadly diagnosis for my son who already did not take good care of himself. His death was unexpected. That he was alone when it happened was not. He did not take good care of relationships either. He had a family who loved him anyway. He was a college graduate just a few hours shy of a master’s degree in history, specifically World War II, German front. He was a voracious reader – our pastor said in his eulogy that he got along with books much better than he did with people.  With his first earnings from his job as an afternoon paper boy when he was just 10 years old, he bought a set of World War II encyclopedias, and read them cover to cover. More than once. He always had a book with him. I remember once sitting with him in a hospital emergency room, when his book of choice was Mein Kampf.

Leif died too soon without turning that corner into more sustainable physical, mental, and emotional health.  We always hoped and prayed that he knew that his family was there at that corner ready to walk through it together.  But with his physical death also came a death to his sadness and struggle and disappointment in himself and others. We last saw each other just a couple of weeks before he died. Just the two of us, and when we parted, we told each other I love you and hugged each other tightly. My children and his father and I trust that this is not the end, but the beginning of another life in another world. Leif is in the place prepared and promised by God through Christ, healed, made whole, and at peace.

We felt your prayers. Some of them I read in your cards and notes. Some were said on the

phone and text messages – others said while holding my hands in our living room. I could feel even the ones I could not hear. And I know God heard even the ones that you could not speak, when you knew you didn’t have the words. I’ve heard that a lot – you just don’t know what to say. Don’t be hard on yourselves. Knowing what words to say is a big part of my life – and I didn’t have the words. I’m not sure I have them yet.

All of those prayers – shared, said privately, and unspoken – are revelation. These prayers reveal much about us. The simple fact of praying means that we recognize our limits. There was so much that you could not do for me, so much that you could not take away or shield me from. You recognized that no matter how much you cared about or loved me, you had limits. As human beings, we all have limits. So you went to God. That says a lot about you. And in going to God, you also revealed what you believe about God. You believe that God will listen. You believe God will intervene when you ask. You believed you could entrust me to hands stronger than your own, and to expect God to have wisdom that surpassed your own.

And so you prayed for me – just as the Apostle Paul prayed for his disciples in this passage from Ephesians. This passage of scripture is often called The Apostle’s Prayer. A disciples prayer. Maybe you don’t equate your prayers with these eloquent words. In truth, sometimes we are embarrassed to think that someone may have overheard our feeble attempts. Paul had no such embarrassment – he wrote these words intending for them to be heard. For generation after generation, heard by Christian communities of faith, separated by centuries but not by spirit. When Paul says you, he’s praying for you as church.  He’s saying our very lives depend on community, and we thrive through our connections to each other. We are blessed with each other.

If that sounds idyllic, often it’s not. We are blessed with each other. Or stuck with each other. We don’t always even like each other.  We are challenged out of our comfort zones by each other. But we are also comforted by each other. Sometimes– like these past four Sundays – it gets really messy. Uncomfortable. Awkward. I know it’s not easy been around me right now. You want to make it all better – maybe wave that magic wand I keep in my office. Poof! Grief gone, Pastor Kris.

We’d like to just be able to say to someone who hurts – God doesn’t give you more than you can handle or Jesus loves you. A sentiment on a Hallmark card.  A gift boxed up nice and neat, ready to hand off and step back from the sadness. And maybe we could get by with that if life was predictable. If life was always good and beautiful. If every person flourished. If the world was just. If we were not broken. Then just knowing that Jesus loves us might be enough.

But life isn’t predictable, and it’s not always beautiful, and not every person flourishes. There are times when our hands are trembling too much to receive that nice neat little box. Paul knew that, and so he talked about a much more expansive sort of love from our savior Jesus Christ. Sometimes in our trembling, we need to know that we are held safe and secure in a big way — safe in the breadth and length and height and depth the enormity of our savior’s love.

It is easy to be discouraged as church folks. It seems there’s never enough dollars in the budget or people in the pews or commitment enough of time and resources from busy people who lead busy lives. Then we hear people saying crazy and hateful things and call it Christian, and we want to say – but we’re not like that.  It’s not easy being church in 2014.  It’s easy to see ourselves as damaged goods. Broken into fragments.

Take heart. Fragments? That’s OK – that’s just who we are. Dietrich Bonhoeffer who knew something about pain and struggle, wrote about fragments in one of his letters written from a prison cell in Nazi Germany.  He said something like this: I saw my life split into fragments. Like bombs falling on houses, my life was exploding into pieces. But these fragments pointed to something else – something beyond myself, beyond the limits of human achievement. And from the fragments, we can see the whole of our lives. What material we are made of. Some fragments are only worth throwing into the dustbin and then there are other fragments whose importance lasts for centuries because their completion can only be a matter for God.

God is not through with us. If this is a place where God hangs out because God is alive in each of us, then these fragments of ourselves will be made whole as the Body of Christ. Now as Paul writes, let us pray: Now to him who by the power at work within us is able to accomplish abundantly far more than all we can ask or imagine, to him be the glory in the church and in Christ Jesus to all generations, forever and ever. Amen.

Hello.  I'm Rev. Kristine Eggert, recently retired after serving as Senior Pastor of Disciples Christian Church in Cleveland Heights, Ohio. I'm the Co-Founder and Executive Director of God Before Guns, a multi faith coalition of individuals and faith communities working to end gun violence.  In retirement, I believe God is calling me to work as a progressive Christian activist in social justice causes.
View all posts by Pastor Kris →
This entry was posted in Christian, Good News, Gospel, Grief, Loss of Child, Uncategorized. Bookmark the permalink.